In February 1815, a group of St. Louis trappers led by Joseph Philibert left Taos for the Arkansas River and on to St. Louis. After five months under arrest in Taos, they were returning to the U.S. with a healthy load of beaver plews.

The entire group had been arrested by Spanish soldiers the previous September and charged with crossing the international boundary illegally. The furs they had with them were confiscated to cover the costs of their incarceration over the course of the winter. It’s not clear where they collected the furs they took back East the following spring. But they seem to have gathered enough plews to make the whole expedition worthwhile.

And to make them want to try the same stunt again. When Philibert headed to St. Louis, he went with the hope of arranging financial backing for yet another venture into New Mexico. 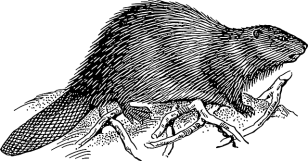 Under Spanish law, what Philibert had done and was proposing to do again was flatly illegal. Foreigners weren’t allowed across the New Spain/U.S. border without explicit permission from Spanish officials. In fact, in the five months the Philibert group was in Taos, at least four other illegal foreigners were arrested and sent to New Spain’s interior. Why Philibert’s group was allowed to remain is as much of a mystery as the source of the furs they took back to St. Louis.

What’s clear is that the border between the two countries was already extremely porous. It was almost inevitable that American trappers would continue to filter into Spanish territory. The furs there, and the money they were worth in the U.S., were just too tempting. New Mexico’s officials may have simply been bowing to the inevitable when they allowed Joseph Philibert and his band of men to remain in Taos the winter of 1814/15.