Antoine and Louis were two of six brothers, all of them involved in one aspect or another of the Rocky Mountain fur trade. Becoming Mexican citizens made good business sense, because trapping licenses for non-citizens were at times non-existent.

Antoine, who was 35 years old in 1829, had been in New Mexico since 1822. He’d spent the previous two years trapping and trading with the Sioux and his application for citizenship may have been prompted by the fact that he’d married a New Mexican woman in 1828 and it was time to settle down. Or he may have wanted to get involved in local politics. Antoine’s citizenship made him eligible to be elected 1st alcalde and regidor (councilman) of Santa Fe in late 1830 and three years later to serve as 3rd alcalde of Santa Fe and a member of the Santa Fe Commission for forming election districts.

He was also busy making money. During the 1830s, Antoine purchased a mine in the Santa Fe area. He also built Fort Uinta (aka Fort Robidoux) and Fort Uncompahgre in what is now Colorado and used them as a base for trade with the Indians and the trappers in the area. 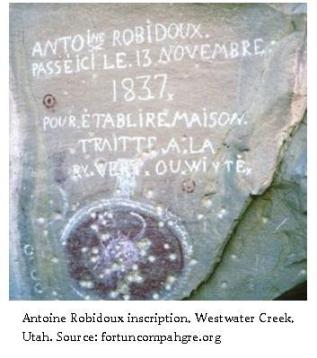 However, in 1844, both forts were attacked by Utes and a number of men were killed and women captured. These events seem to have curbed Antoine’s enthusiasm for the frontier life. He left for Missouri shortly thereafter.

But he came back. Eschewing his Mexican citizenship, Antoine served with Col. Stephen Watts Kearny as an interpreter during the 1846 U.S. advance on New Mexico and remained with him during the California campaign which followed. After the war, Antoine returned to Missouri, where he died in 1860.

Louis Robidoux, on the other hand, seems to have remained loyal to his Mexican citizenship. Much of his early career mirrored Antoine’s. He arrived in New Mexico about the same time (probably 1823), married a New Mexican woman (Guadalupe Garcia in 1834), and participated in Santa Fe politics, where he served as first alcalde in 1839. He also participated in various moneymaking schemes, including operating a grist mill and iron works in Santa Fe. 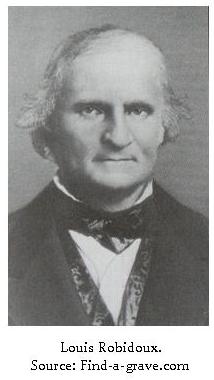 And he also left New Mexico. But instead of heading back to Missouri, Louis went to California, a move reportedly bankrolled by a $30,000 win in a Santa Fe card game. He arrived in California with a group of Mexican traders in 1843 and remained there until his death in 1868.

He settled in what would become San Bernardino County, where he set up a large livestock operation and planted orchards, wine vineyards, and a grist mill. He was also involved in politics, becoming the first San Bernardino County Supervisor. The City of Rubidoux, the Louis Robidoux Library, various streets, and Mount Rubidoux are all named after him.

On Friday, October 29, 1824, Santa Fe Trail originator William Becknell swerved from the Trail he’d inaugurated three years before and instead got a license from the Mexican government to go trapping. He may have been the first American to do so.

Getting a trapping license that October was complicated. Four months earlier, the Mexican government  had ordered New Mexico’s governor to ban all non-citizens from trapping. Only Mexican nationals were allowed to hunt beaver, although even they needed a license to do so. The process required the applicant to pay a fee, provide information about the number of hunters in the party, the type of hunting to be done and the weapons used, and the length of the planned expedition.

The American trappers got around the new restrictions by asking Mexican citizens to apply for the permits, then allow the Americans to hunt under their licenses. This subfertuge seems to have done with the Governor’s knowledge: Becknell sent Governor Baca a letter to confirm receipt of the permission he’d obtained through Manuel Rada, the priest at Santa Cruz de la Canada. 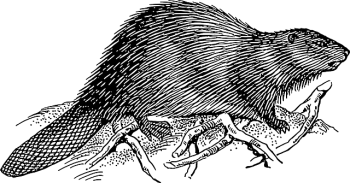 And Becknell wasn’t the only trapper to do this. A year later, Sylvester Pratte and Jean Pierre Cabanné went through customs collector Juan Bautista Vigil y Alarid to get a permit.

However, there was a slight problem with this approach. Different officials read the law differently, and difficulties could develop. For example, in May 1826, the Taos alcalde confiscated the pelts of Sylvestre Pratte and Francois Robidoux, even though they both had permits issued by the Governor. (Robidoux’s had been obtained through Juan Bautista Vigil.) When Pratte and Robidoux protested the seizure, Santa Fe officials ordered the alcalde to return the plews.

But this approach made life uncertain. Additional conflicts occurred the following summer over plews brought in by Ewing Young and his trappers.

And there was another solution to the license problem. A naturalized Mexican citizen could obtain one without a go-between.

These are the men for whom citizenship records are still extant. Who knows how many other men also decided to live by the old adage, “If you can’t beat ’em, join ’em?”